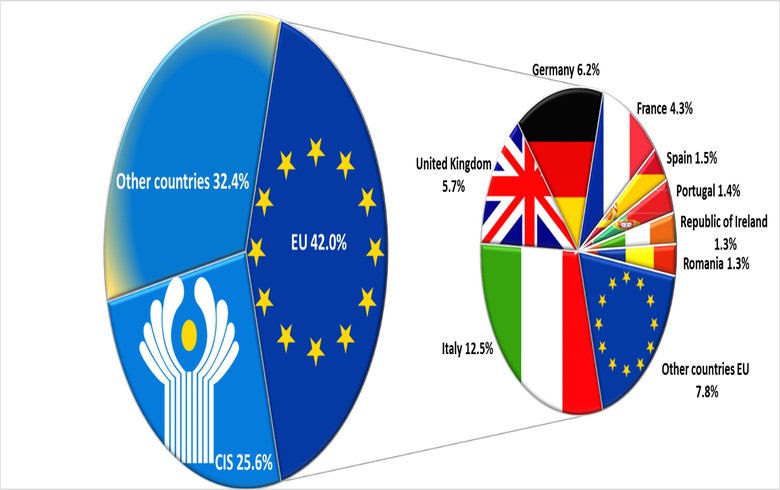 Money transfers from Moldovan workers in the EU countries made up 42% of the total volume of remittances in December, BNM said in a statement. The share of remittances from the Commonwealth of Independent States (CIS) reached 25.6%, while 32.4% came from other states.