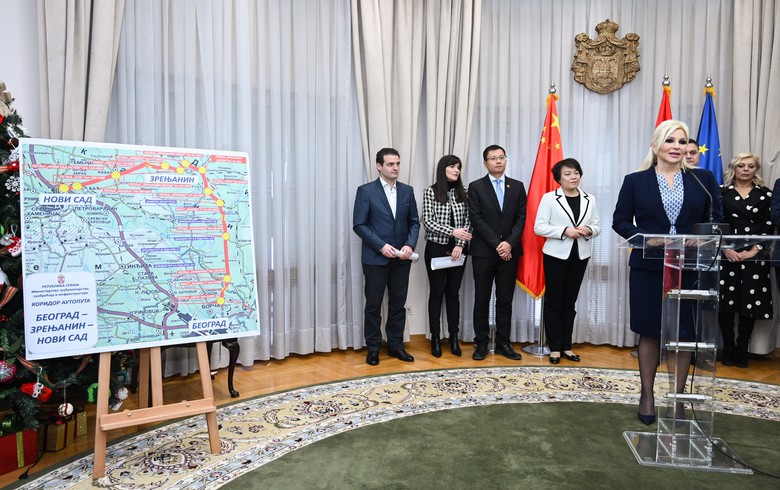 "We will first arrange the planning and technical documentation for a section of about 110 kilometers, and together with the finance ministry we will work on securing financial resources and then we will sign a commercial contract," infrastructure minister Zorana Mihajlovic said in a statement on Wednesday.

The signing of the MoU is the first step in the implementation of a project worth close to 600 million euro ($665 million), Mihajlovic said after the signing ceremony.

Zrenjanin is located in Serbia's northern autonomous province of Vojvodina, near the railway line linking Belgrade to Hungary's Budapest. The Serbian government is also carrying out a major overhaul of the railway line with Chinese funding, in order to ensure high-speed circulation of trains along the route.