Serbia may halt subsidies to FCA as of 2020 - govt official 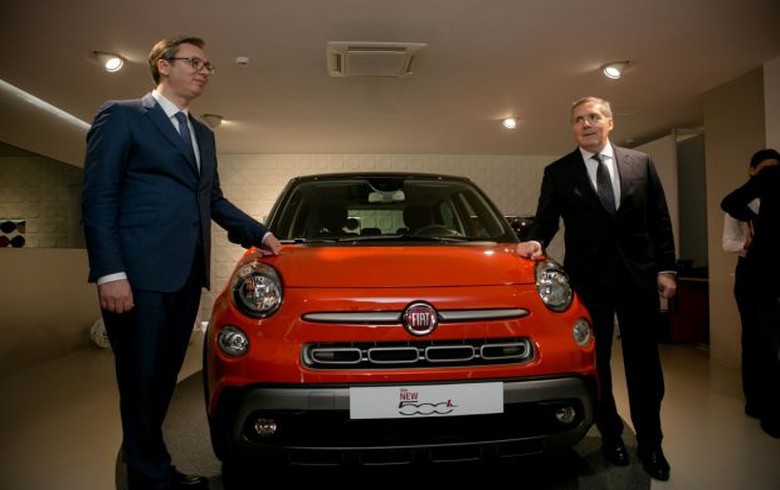 BELGRADE (Serbia), July 4 (SeeNews) – Serbia may halt the payment of subsidies to Fiat Chrysler Automobiles Group (FCA) for the production of cars in Kragujevac as of next year, a Serbian government official has said.

"I am not sure how much state aid we would give if we give any at all. Of course, there is a regulation of this, in line with the best European practices and the recommendations of the European Commission. We will not do anything that violates the law," Milun Trivunac, state secretary at the economy ministry, said on Wednesday in a video file published on the website of public broadcaster RTS.

Serbia has provided 500 million euro ($564.2 million) in subsidies to FCA in the last ten years under a contract signed with the investor in 2008, when Fiat established FCA Srbija, a joint venture with the Serbian government to manufacture cars at the factory of local carmaker Zastava in Kragujevac. According to data from the financial reports of FCA, the contract will expire in December 2019.

"Data on total incentives [to FCA] shows that they exceed 500 million euro. This is the official data," Trivunac said.

In May 2017, FCA Srbija started the production of the Fiat 500L model at its factory in Kragujevac. The company has produced only 20,000 units of Fiat 500L in Kragujevac since the beginning of 2019 due to low demand. The future of the factory depends on a switchover to a new model for which the company expects fresh incentives, RTS said.

However, Serbia's government adopted a law on the state aid in 2010 which makes a similar ten-year agreement with FCA impossible, RTS explained.

In the meantime, FCA Srbija introduced a plan for downsizing under which workers are on a paid leave in the period between June 14 and December 31 and will work only after an explicit call by the company, the president of the factory’s trade union, Zoran Markovic, said last month. Under the plan, the workers at FCA Srbija in Kragujevac will receive 65% of their average monthly salary for the last 12 months.

FCA Srbija was the largest exporter in the Balkan country in the first 11 months of 2018 despite a drop in exports, according to the latest data available from the finance ministry. The exports of FCA Srbija fell by 19.6% on the year to 699.7 million euro in the period, the data showed.

FCA Group controls 67% of the capital of FCA Srbija through its subsidiary Fiat Group Automobiles (FGA), while the Serbian government owns the remainder.