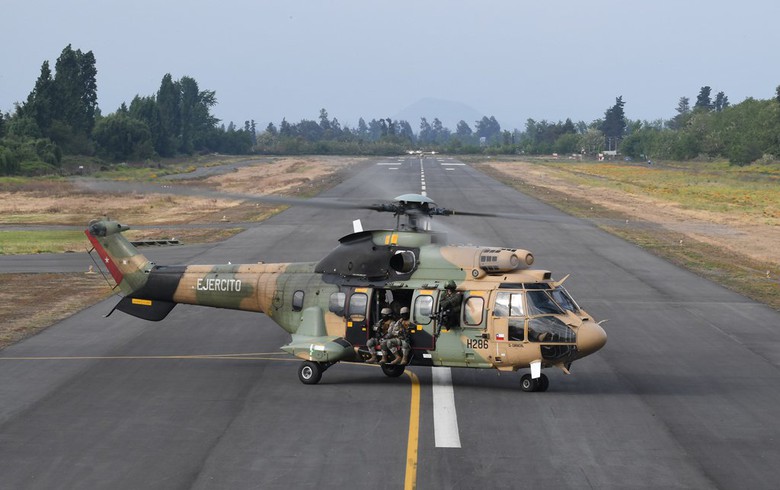 Under this general agreement IAR will become the prime contractor for any further H215M order of Romanian defence ministry in order to replace their ageing fleet, IAR said in a press release.

“We are proud to have signed this general agreement that results from almost 50 years of cooperation between IAR and Airbus Helicopter. IAR has built around 360 helicopters under licence thanks to this successful partnership with Airbus Helicopters and we are looking forward to customizing and supporting the H215M," IAR general director Neculai Banea said.

The H215M is a nine-ton-class rotorcraft from Airbus Helicopters’ Cougar/Super Puma family, with a full glass cockpit, modern avionics, competitive operating and maintenance costs, and the ability to be armed for ground attack and support missions, according to data posted on the manufacturer's website.

"This agreement is an important milestone in the construction of a European defence partnership. We are convinced that this relationship will last another 50 years and that the H215M will correspond perfectly to the needs of the Romanian army,” Airbus Helicopters senior vice president and head of Europe region, Olivier Michalon, said.

Airbus Helicopters Industries, a 10,000 sq m factory based in Brasov, was inaugurated in 2016 and will house production of the H215 in Romania. The company has been present in Romania for over fifteen years through its customer center, Airbus Helicopters Romania.

IAR and Airbus Helicopters' partnership dates back to 2002, when they set up a joint venture company, Eurocopter Romania, which carries out the maintenance and repairs of helicopters.

Airbus Helicopters is a division of Airbus Group. With more than three million flight hours per year, the company’s in-service fleet includes some 12,000 helicopters operated by more than 3,000 customers in 154 countries.

IAR Brasov is an aerospace manufacturer founded in 1925. It is based in Ghimbav, near Brasov, in central Romania and generated revenues of 34 million euro ($36.1 million) in 2016. The company employs around 316 and carries out maintenance, repairs and upgrades of military helicopters and supply of spare parts.

IAR Brasov made its debut on the main market of the Bucharest Stock Exchange (BVB) in July 2015, moving from the over-the-counter market Rasdaq. More than 64% of its shares are owned by the Romanian state.