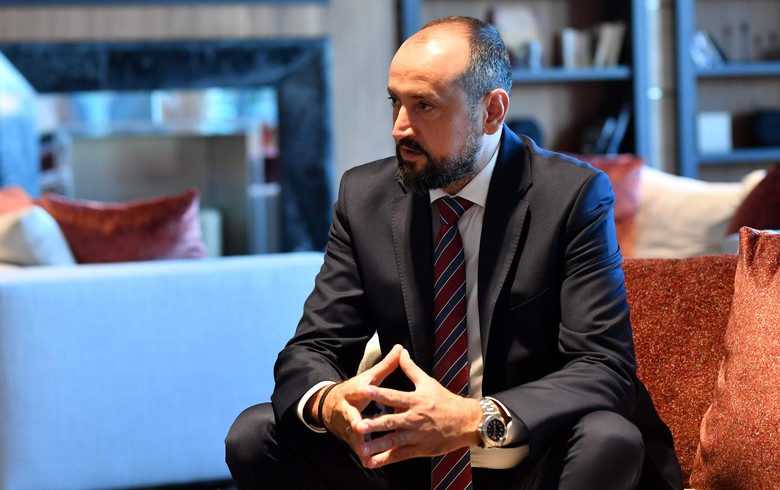 The Covid-19 pandemic has shown how fragile large economies are because of disruptions in long supply chains, Bytyqi told SeeNews last week in an interview held on the sidelines of the Strategic Economic Talks event organised by SEEBDN in Istria, Croatia.

Therefore, a small economy like that of North Macedonia and other countries in the Western Balkans have to work together to improve competitiveness on a regional level in order to take up the space that has opened in the bigger economies’ supply chains, he explained.

“We are ready to invest substantial funding to support our SMEs in transforming and becoming part of the value chain of the region of the Western Balkans and beyond,” Bytyqi said.

“I am one of the politicians who speaks openly about regional competitiveness rather than competition and I truly believe that the opportunity is there,” he went on to say. “Instead of competing among ourselves who will bring in the big players and, at the end of the day, no one succeeding because we are too small, let’s compete together about medium-sized players.”

“We, as a national economy are planning in the upcoming five years to reach up to 5.2% growth annually. That is not enough. Altogether as a region, we might boost growth to 7-8%. That is a totally different thing,” he said.

North Macedonia's economic output shrank by an estimated 4.5% in real terms in 2020. In the second quarter of 2021, it grew by 13.1% year-on-year, after declining by 1.9% in the previous quarter, according to national statistics.

“According to some estimates, if we grow at the level of 5%, we will need around 50 years to reach the average GDP per capita of the European Union. I think that none of our citizens will wait for 50 years. That is why we have to push economic growth faster regardless of the price.”

Boosting public investment in infrastructure is fundamental for economic recovery, according to North Macedonia’s government. In May, the government adopted an 8.2 billion euro Intervention Investment Plan which foresees 5.8 billion euro public investment in infrastructure. A substantial part of the funding will go toward improving North Macedonia’s connections to its neighbours.

“In seven to nine years we will have the country linked with the neighbouring countries and the pan-European corridors - Corridor 8 and Corridor 10 - which are crucial for the economy not only of North Macedonia but Southeast Europe,” Bytyqi said.

Pan-European Corridor 8 runs from Durres in Albania, across North Macedonia to Varna, on the Bulgarian Black Sea coast, while Corridor 10 connects Salzburg in Austria and Thessaloniki in Greece via Slovenia, Croatia, Serbia and North Macedonia.

The Intervention Investment Plan envisages investments of around 3.8 billion euron in renewable energy and shift from coal to natural gas, also viewed as crucial for the competitiveness of the economy. To back up financially its plan, the government will seek strong involvement on the part of private investors.

“We are acting in a very conservative and cohesive manner together with the ministry of finance,” Bytyqi stressed, adding that private funding will represent the bigger part of the planned investments.

According to the latest available finance ministry data, North Macedonia’s public debt was equivalent to 64.4% of the country’s 2021 GDP plan at the end of June.

“We do believe that with a strong economy the public debt will not be problematic, especially if the funding goes for production and improvement of infrastructure,” Bytyqi said.

To attract private funding, the government is working very hard on creating an enabling environment, including through tax incentives for certain sectors, the IT sector in particular.

Earlier this year the government announced that the income tax for people working in the IT sector will be gradually lowered from the current 10% to zero in three years. The cabinet is ready to take this policy further and discuss tax cuts for all sectors that are part of the fourth industrial revolution, Bytyqi said.

Furthermore, the government is planning to scrap profit tax for businesses with a revenue of up to 50,000 euro and do away with income tax for people under 29 employed in all sectors in order to encourage investments.

“Let’s invest in those companies, in high technology standards, in their human capacities because that would mean that 10, 15, 100 companies will become part of something that previously was not there and will bring an added value to our national economies and the whole region,” Bytyqi said.

North Macedonia's government is also working on aligning customs tariffs with those of the European Union in order to give a boost to the manufacturing sector.

“At the moment we are around the final version of the law on customs tariffs where around 550 products will be either aligned with the tariffs in the European Union, or they are going to be lowered to zero,” Bytyqi said.

The European Council granted the country the status of EU candidate in 2005 but the integration process has stalled, first blocked by its southern neighbour Greece and then by its eastern neighbour Bulgaria.

For Bytyqi, however, a solution can be found through debate.

“There is a saying that where there is a will, there is a way. And we have shown as a country that we always have the will to find a way with our neighbouring countries. We solved the dispute with Greece and I think that we can solve the dispute with Bulgaria without entering into the issues which are related to the personal identity of the people,” Bytyqi said. "Yes, there is a way in which, through debate, we will find a solution."

“I have to stress out that no matter how long that would take, EU integration is the only way for us. We will work as if the things will happen tomorrow, as if the negotiations start tomorrow. We are aware that Euroscepticism will become bigger but I think that with creating better conditions for improving the quality of life people will be satisfied with what we are doing. The European integration should happen one day, sooner or later, for the whole region of the Western Balkans,” North Macedonia's deputy prime minister in charge of economic affairs concluded.