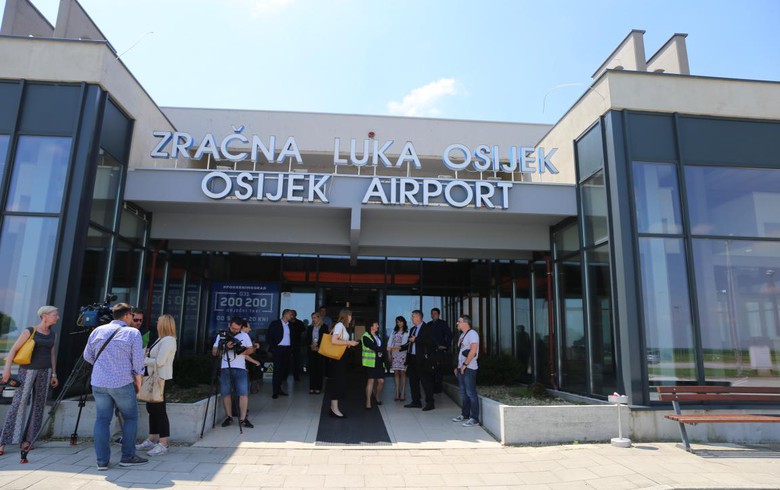 Most likely, the two parties would agree for the investor to run the airport under a concession contract, news daily Poslovni Dnevnik quoted the communications manager at Zagreb-based Chinese Southeast European Business Association (CSEBA), Sinisa Malus, as saying on Sunday.

The government in Zagreb controls 55% of Osijek airport, while the remaining 45% is owned by the government of Osijek-Baranja county in north-eastern Croatia, where the airport is located, Poslovni said.

Osijek-Baranja's governor Ivan Anusic said in June that a Chinese business delegation led by CSEBA had visited the county several times, reaffirming their interest in investing in the Osijek airport's cargo and passenger terminals, as well as in the area adjacent to the airport, which could be used to build a logistics centre.

The Osijek airport has been primarily built for cargo traffic.

Jiang Yu is already involved in several investment projects in Croatia, planning to build a traditional Chinese medicine centre in the mountainous resort of Krapinske Toplice in the north, as part of a 20 million euro ($22 million) investment programme. The centre will be located at the site of an existing hotel, which the Chinese investor recently bought and plans to renovate.

Jiang Yu also plans to build a new hotel in Krapinske Toplice, as well as a nursing home for elderly people.

Jiang Yu is the founder of Chinese company Zhongya Real Estate, which bought in June the Hotel Zagorje in Kumrovec, some 20 km west from Krapinske Toplice, for 14.1 million kuna ($2.1 million/1.9 million euro).

Zhongya plans to launch a 200 million kuna tourism project in Kumrovec in 2020, renovating Hotel Zagorje in order to develop congress and health tourism at the location. The hotel is a former school building with a total area of 27,000 square metres.